To view current and future road closures and restrictions please view our interactive map below. 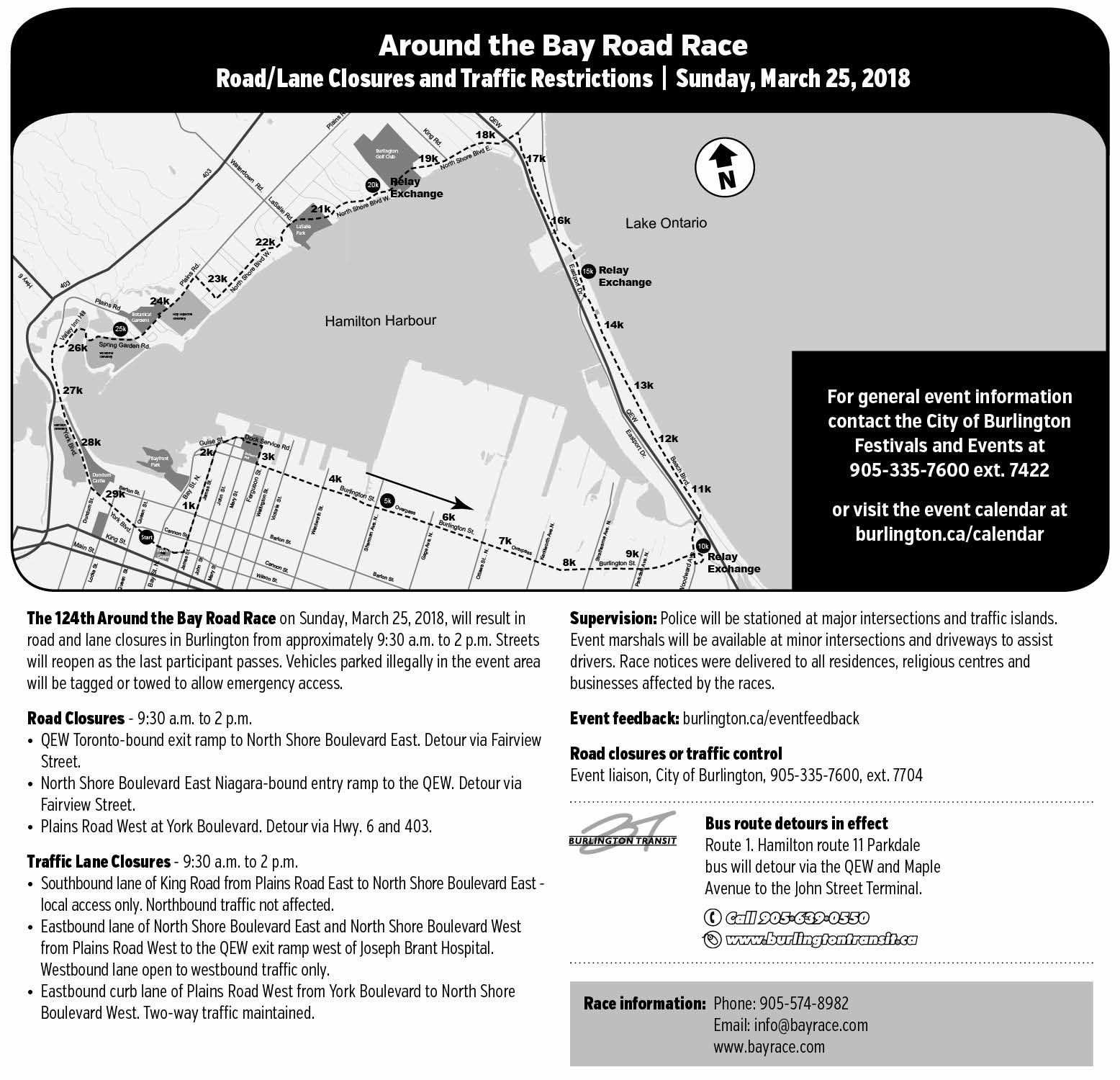 The Around the Bay Road Race on March 25, 2018 will result in road and lane closures.

The annual closure of King Road to allow for the safe passage of the endangered Jefferson salamanders during their breeding migration will begin on Monday, March 12 for three weeks.

King Road will be closed from the base of the Niagara Escarpment to Mountain Brow Road.

Learn more about this closure and the Jefferson salamander.

The eastbound lanes on Prospect Street at Regency Court will be closed on Thursday, March 8, 2018 from 9 a.m. to 4 p.m. to allow for crane activity.

Two-way traffic will be accomodated in the westbound lanes on Prospect Street.

On Sunday, March 4, 2018 the Chilly Half Marathon and Frosty 5k Run will be held in support of cancer care at Joseph Brant Hospital. Minor traffic delays can be expected. Road Closures

On Wednesday, Feb. 7, Elgin Street will be temporarily closed between Maple Avenue and Brock Avenue from 9 a.m. to 5 p.m. for crane activity.

Signs and barricades will be posted to help direct traffic.